Located on the site of the iconic Fitzroy Nursery, this mixed-use development will include a rooftop dwelling, five build-to-rent apartments, and three commercial and two retail tenancies.

A large void on the northern façade permits natural light and ventilation deep into the centre of the site. The newly configured garden nursery tenancy utilises most of the central courtyard’s ground plane, locating building circulation at the perimeter. On upper levels, open air corridors lead to apartment and commercial tenancies overlooking the tree canopy of the nursery.

The site straddles a complex interface between the City of Yarra’s Brunswick Street Activity Zone and low scale period houses to the east. The material strategy of the face brick street wall and pleated metal upper form acknowledges the site’s heritage context. The massing composition responds to the adjacent two-story terrace which is to be restored and sensitively integrated in the development. 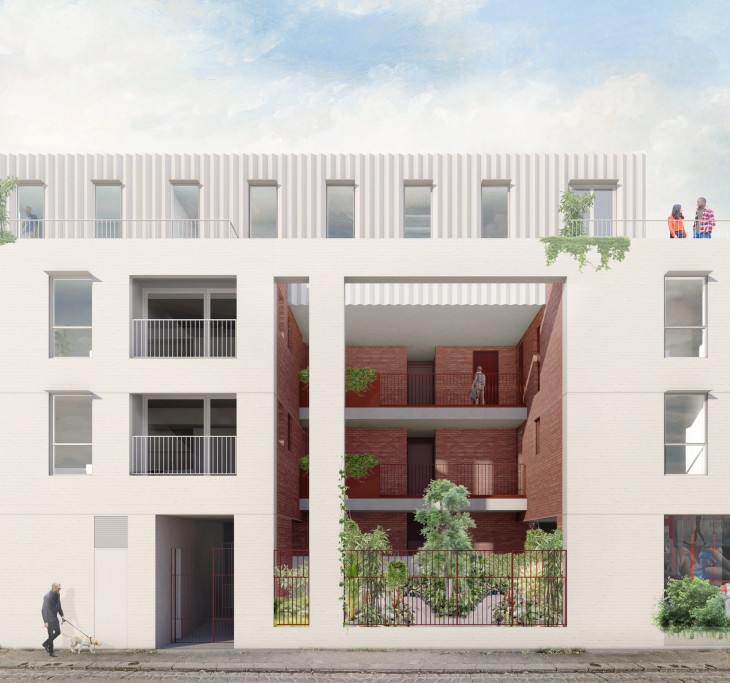 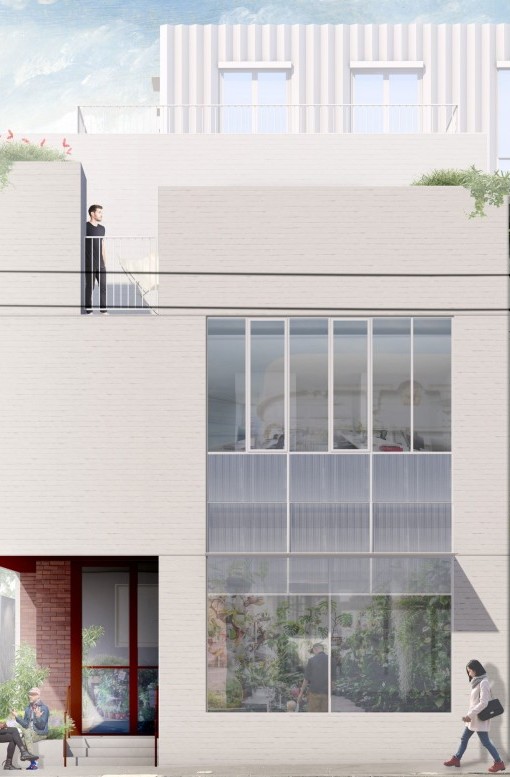